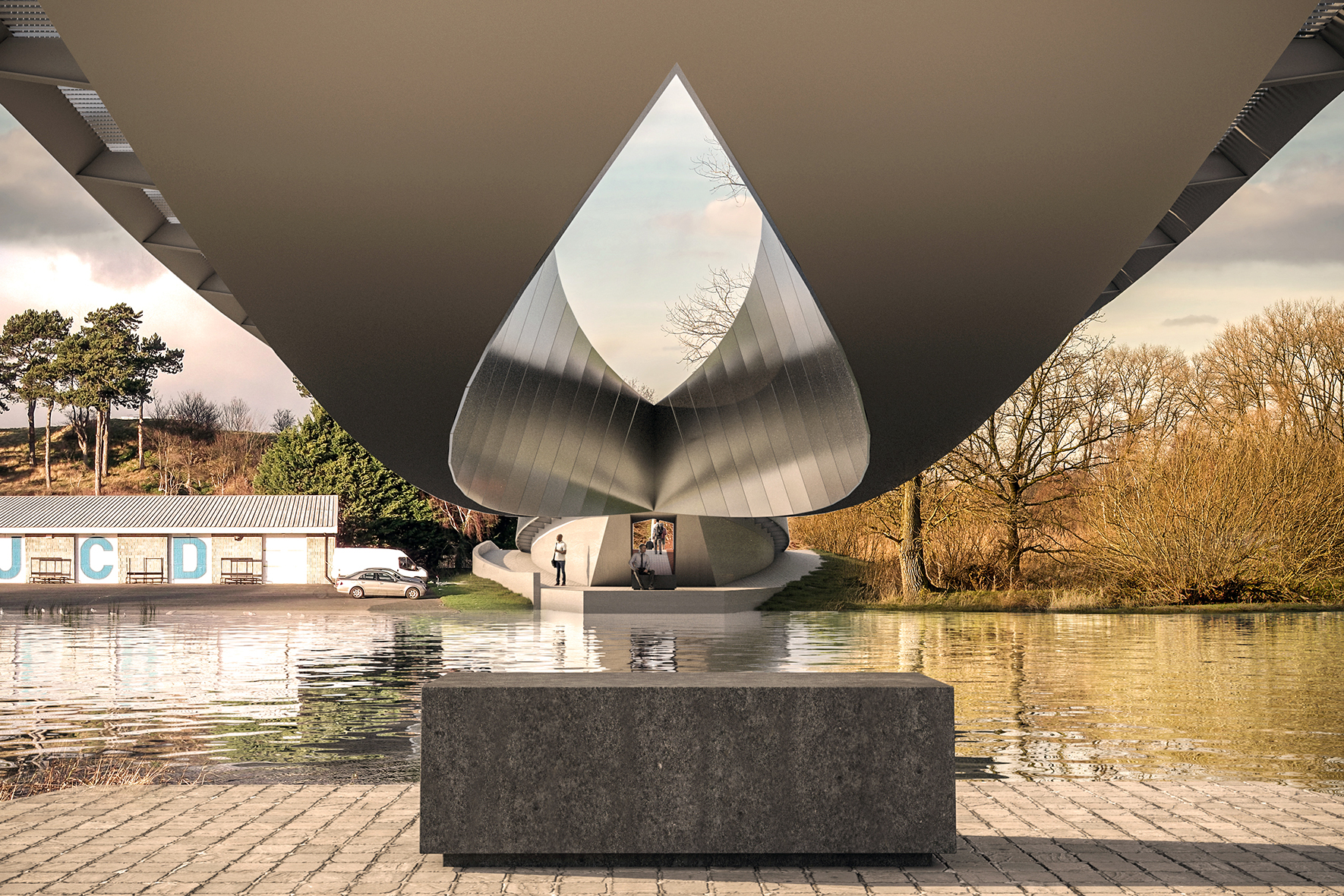 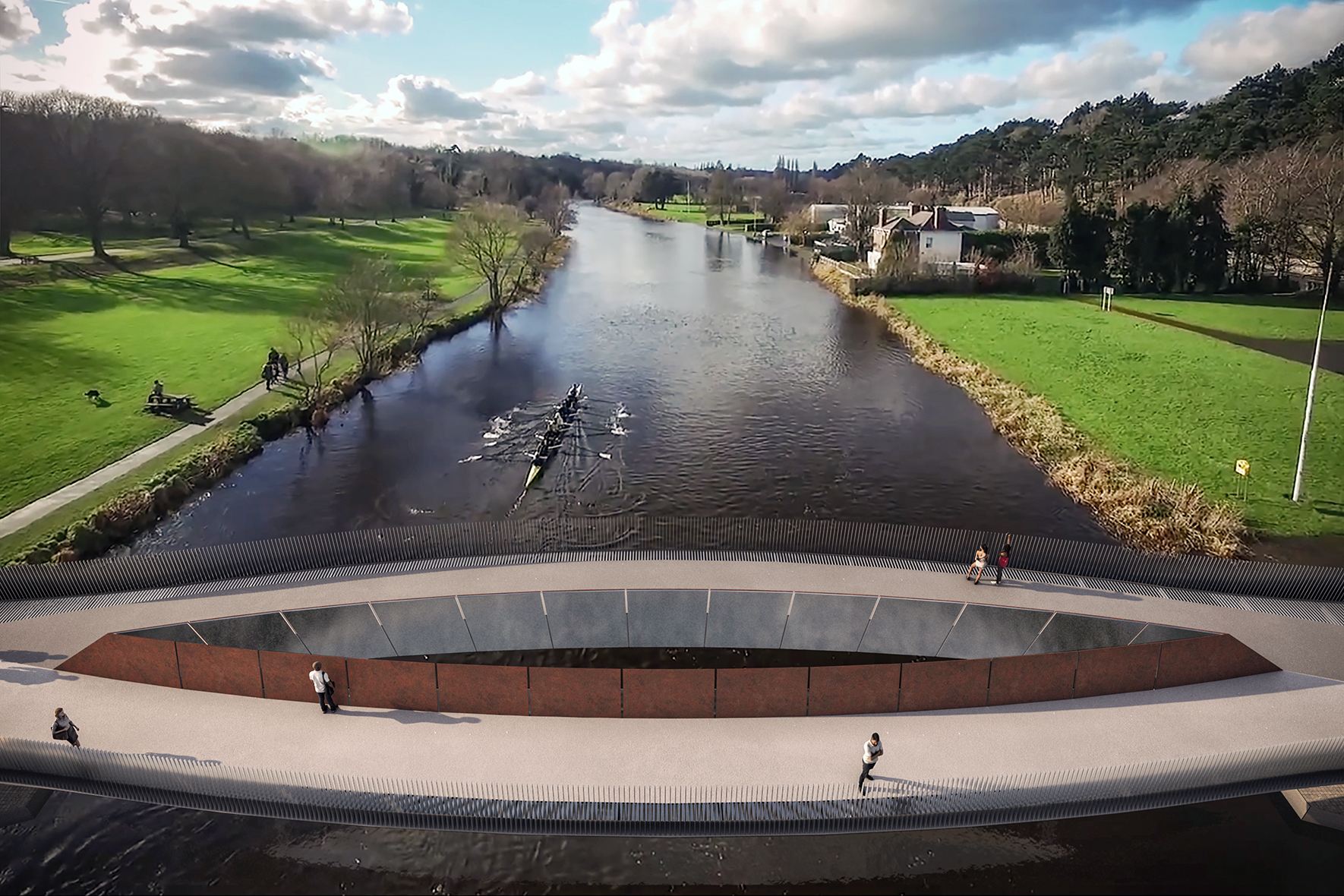 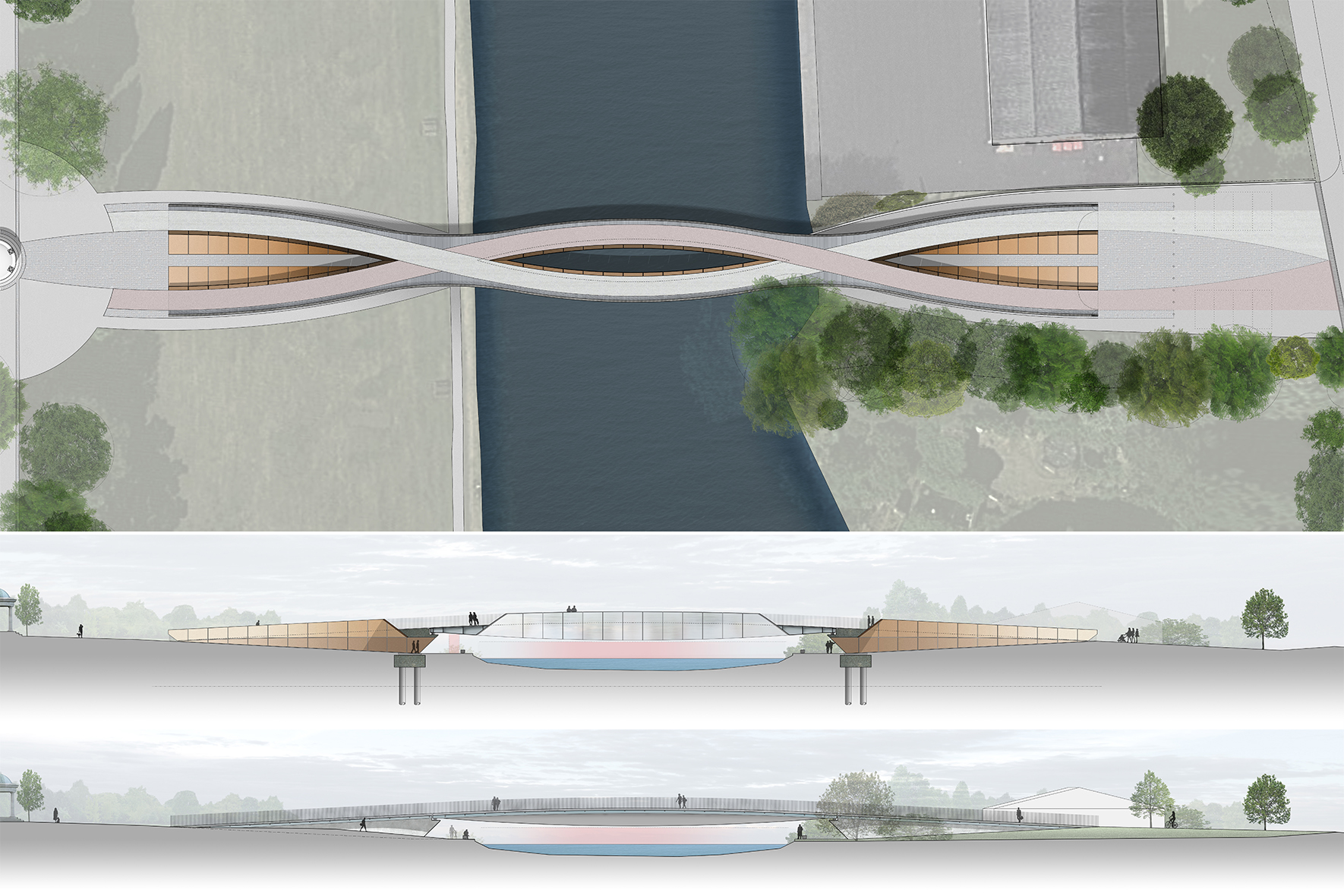 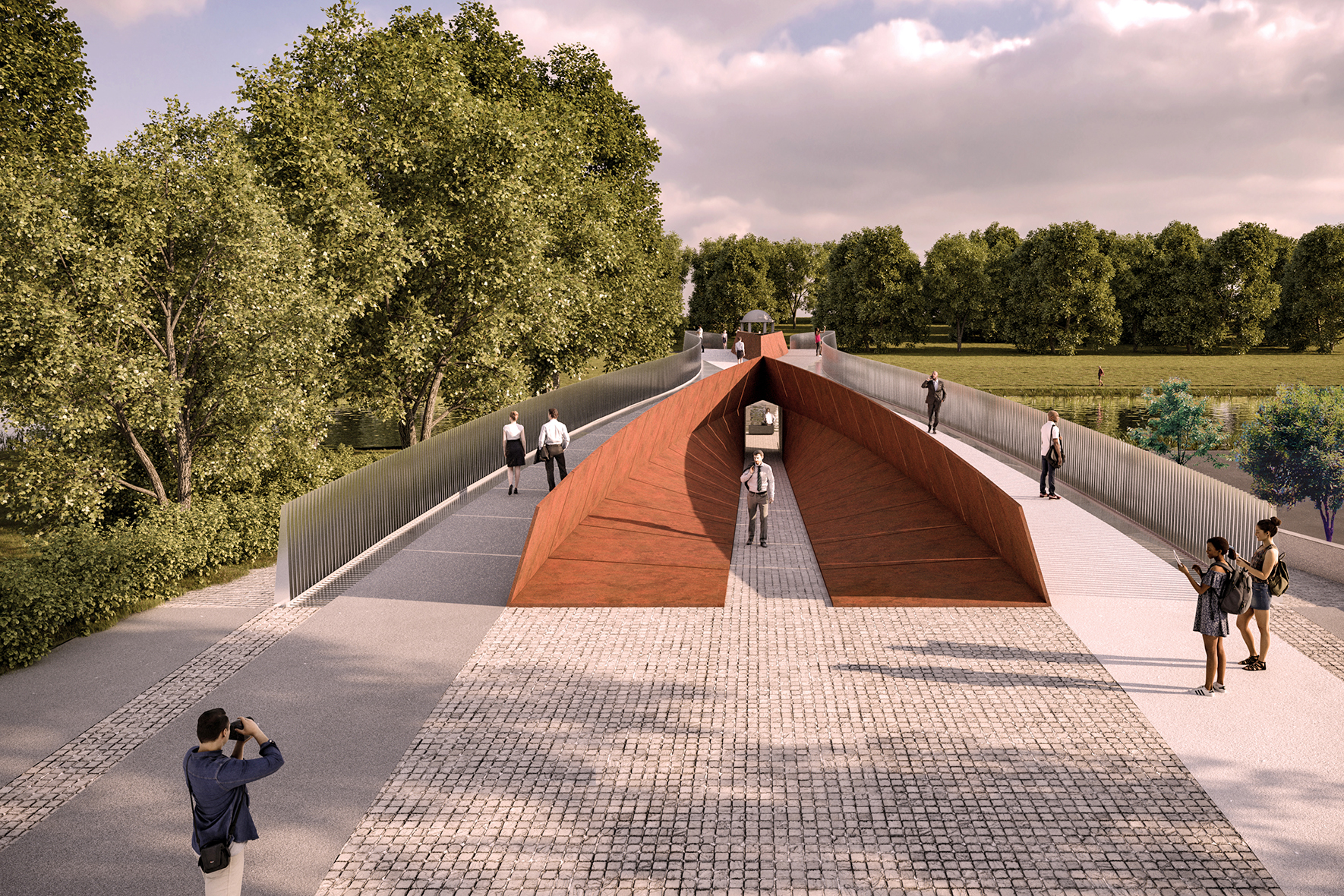 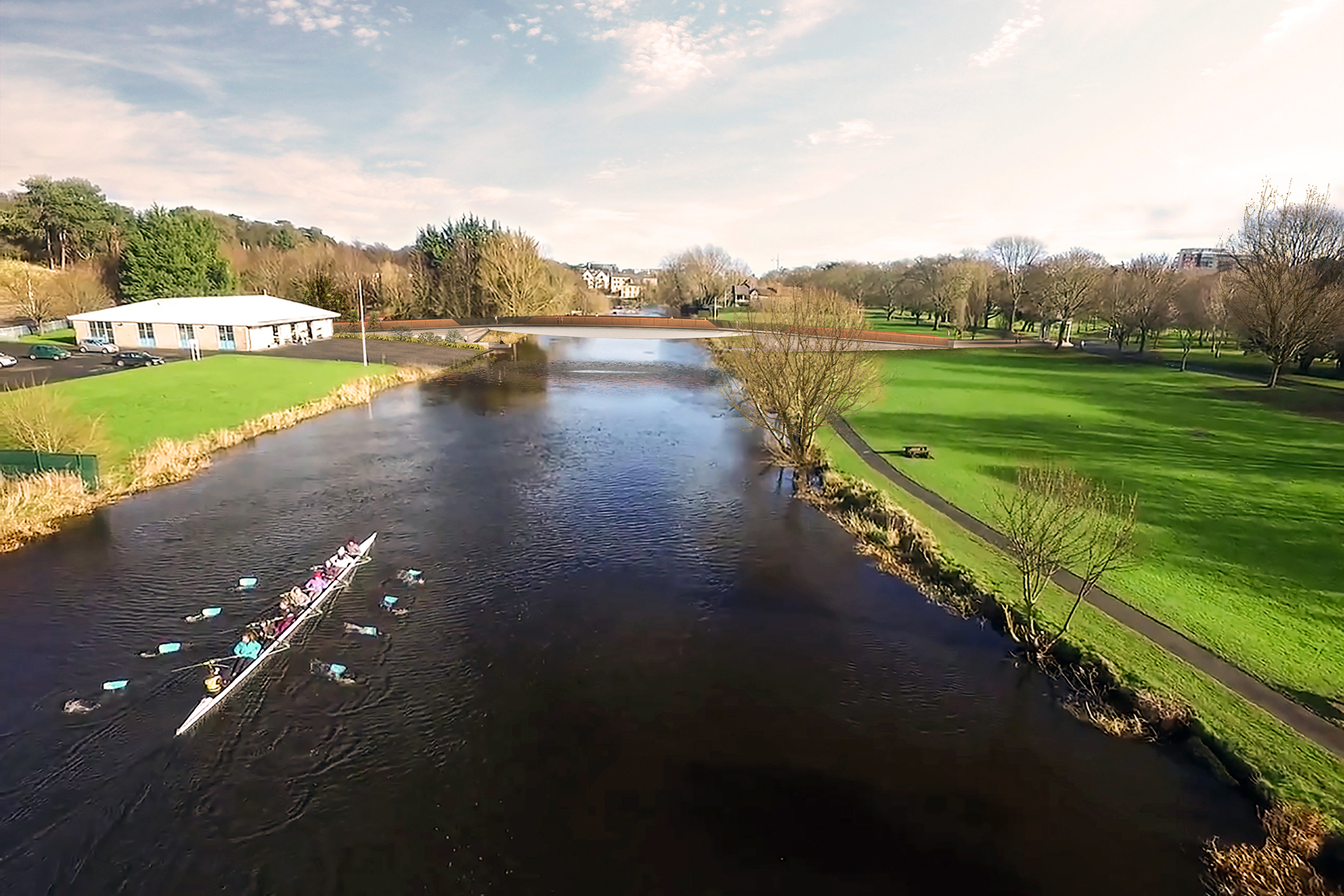 The Irish National War Memorial Garden (INWMG) is formally laid out to a 1922 design by Edwin Lutyens but his plans for an entrance bridge across the Liffey were never realised. The proposal plans to complete the Lutyens’ plan with a new formal entry plaza and a pedestrian-cycle bridge across the river on the formal north-south axis of the Memorial Garden. The bridge features two intertwining paths forming a braided pattern. The paths capture a lenticular shaped void over the river which frames views of the water from above and views to the sky from beneath. At each abutment, the paths are separated by a trench which carries a pedestrian pathway on axis to the riverside.