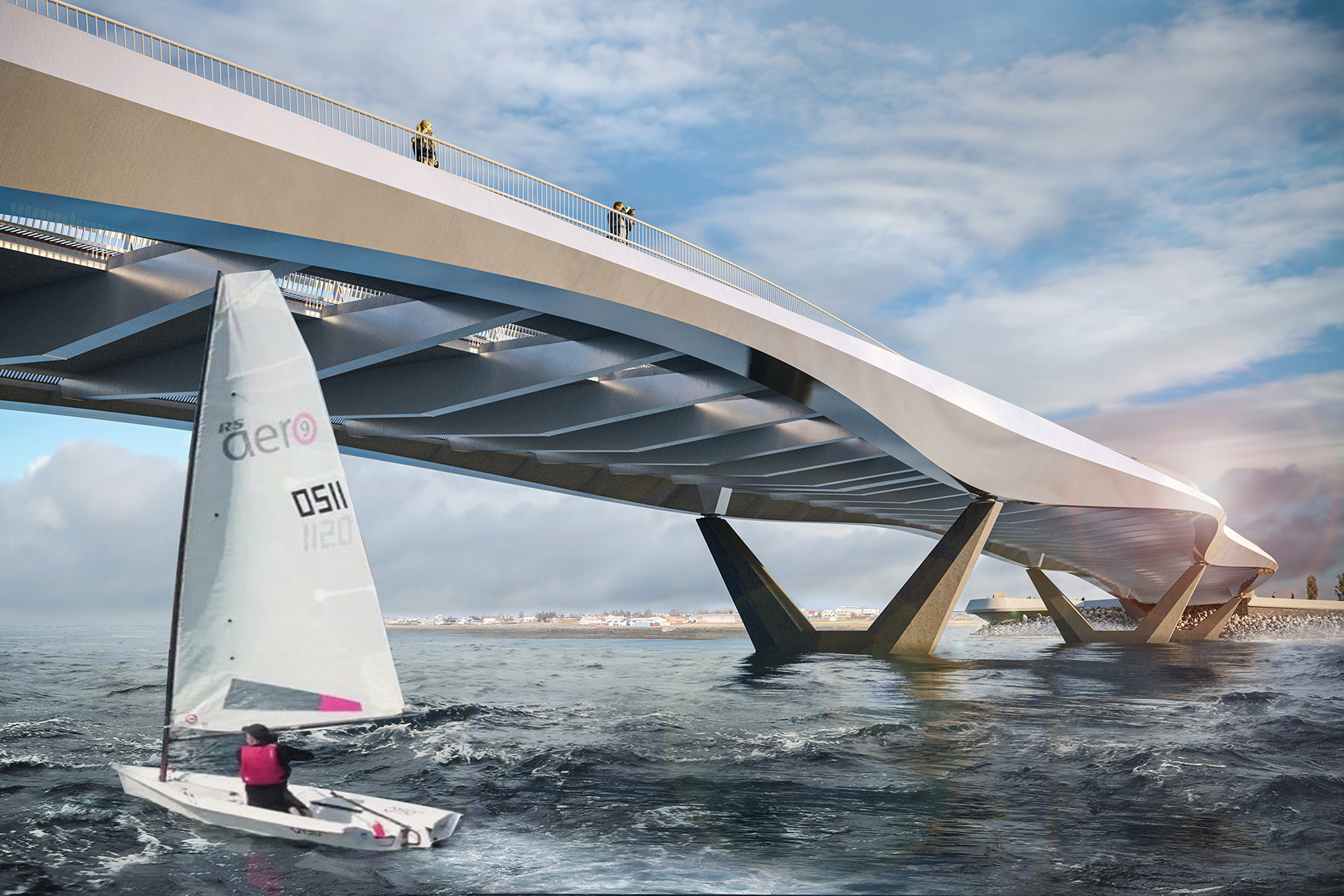 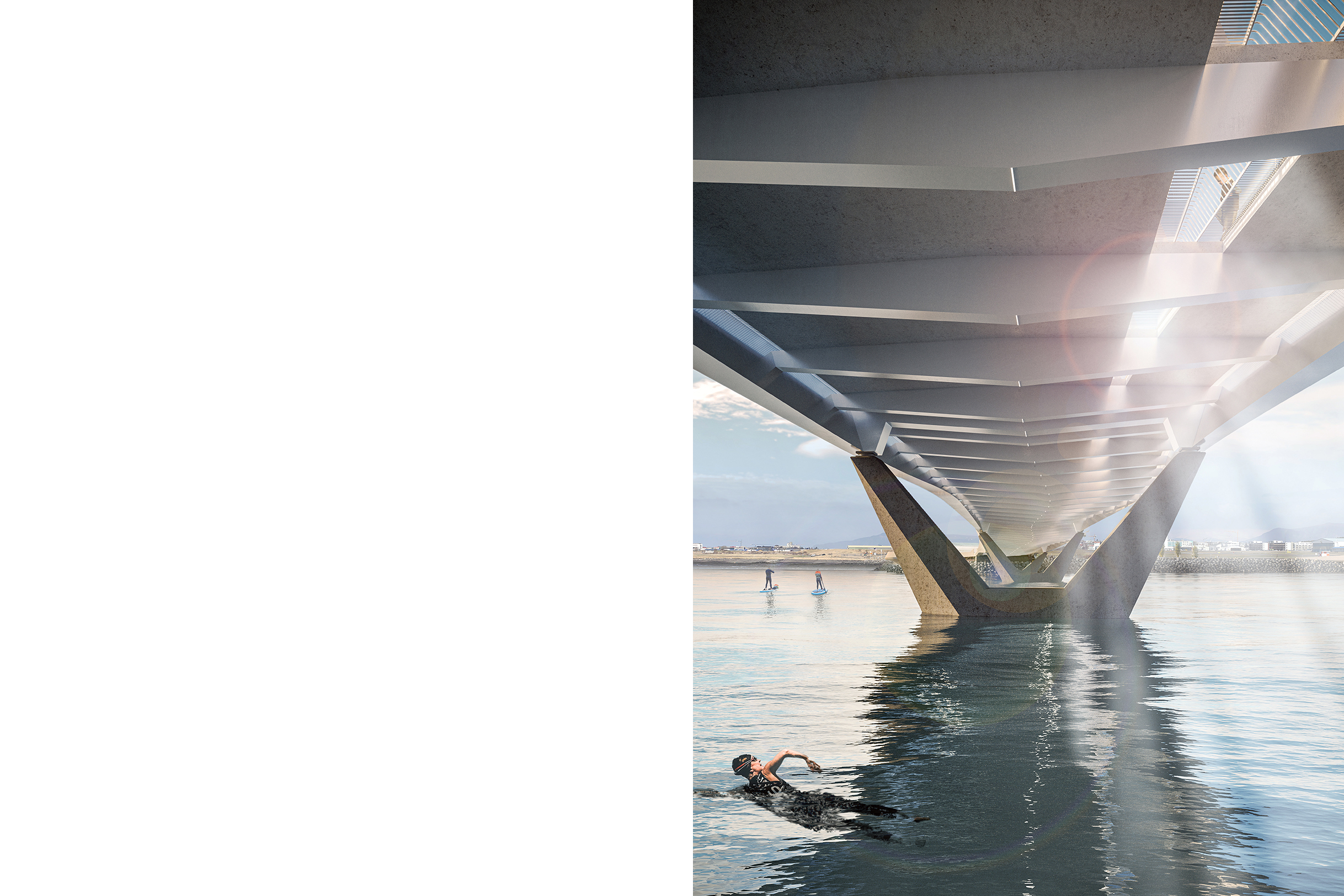 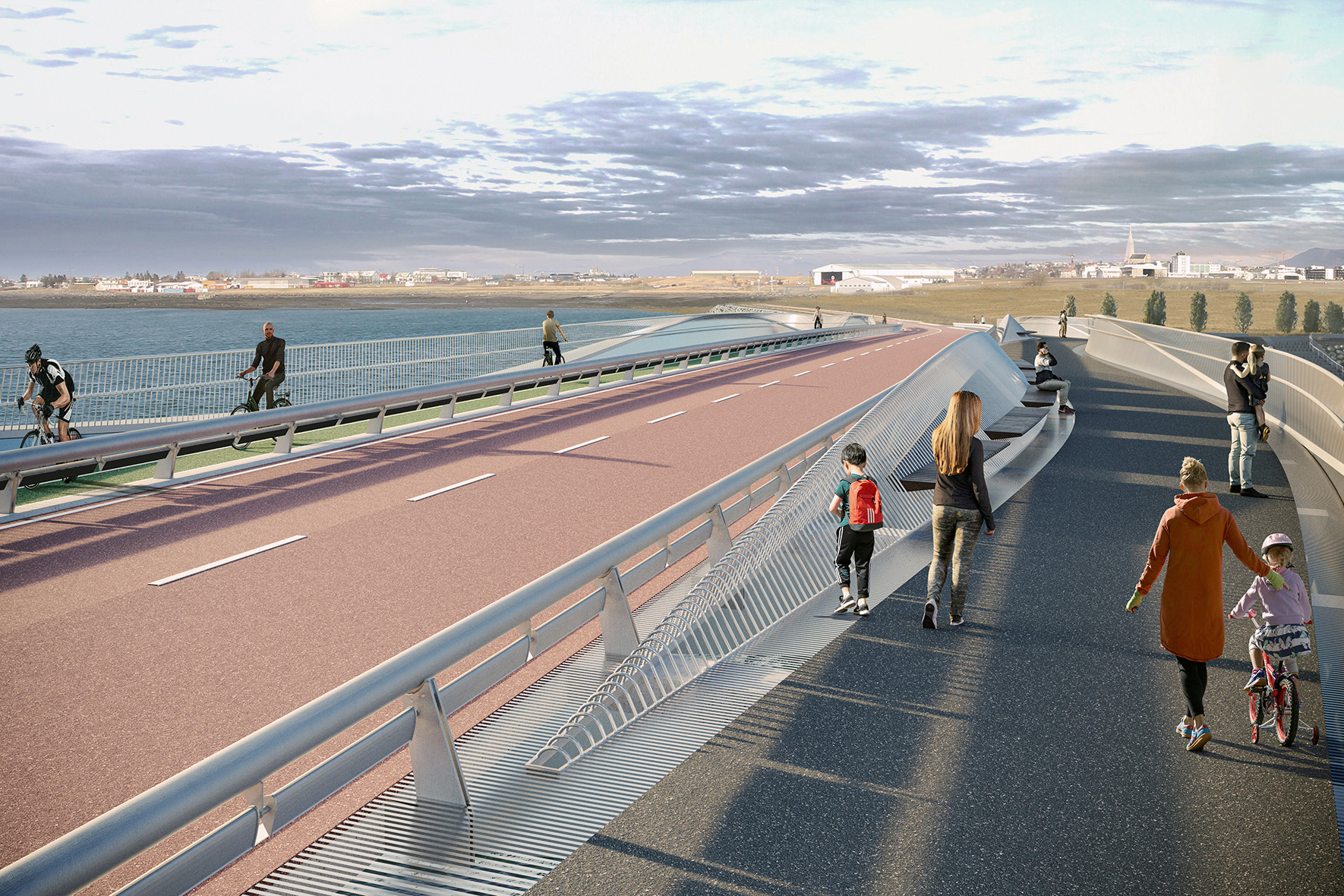 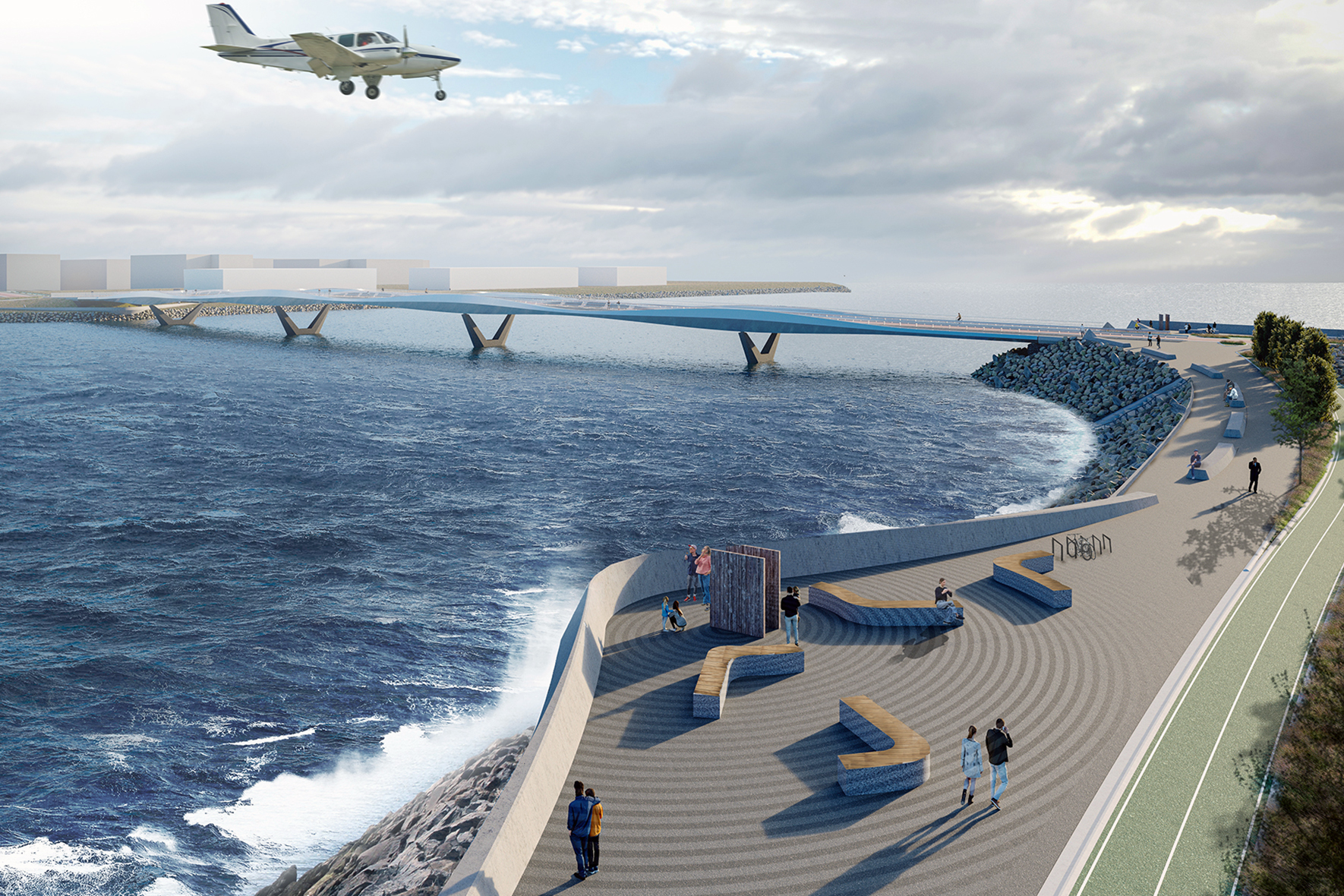 The bridge, named ‘Alda’, spans 270m across the sea at the mouth of Fossvogur, an inlet immediately south of Reykjavik airport in Iceland. The crossing is part of a new rapid transit system and will carry buses, cyclists and pedestrians between Reykjavik and the peninsular community of Kópavogur. Undulating girders at each deck edge support the bridge deck in five spans over the sea and provide partial shelter to bridge users from prevailing winds. A meandering footway incorporates new rest areas which bow out over the water and are arranged to emphasise specific landmarks as part of the landscaped approaches.

The project was commissioned following an open 2-stage international design competition. The structure is currently slated for completion in 2024.